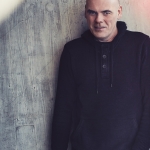 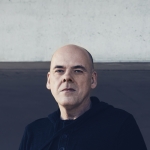 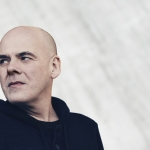 Andreas Krüger, aka Der Dritte Raum, is the man behind some of the most stirring electronic music of the past twenty-five years. But he’d rather not talk about himself.

„The least important thing in all I do is myself,“ he says. „It’s about the music.“

But of course there would be no music — no epic anthems like „Hale Bopp“ nor transcendent tunes like „Electric Friends“ without his creativity, vision, and technical virtuosity which has been honed by his lifelong fascination with sound.

The son of musical parents, Andreas grew up immersed in music. He began to study the piano as a child but quickly tired of rigid instruction. He stopped taking lessons and instead played along to records by The Beatles and Pink Floyd, „trying to understand how they made the songs.“

His main love, though, was electronics and physics. „I never thought I’d be a musician,“ he says with a chuckle. „I was the boy who built my own circuits, my own AM radio.“

This fascination with electronics helped spark his love for pioneering synth bands like Devo, Human League and Heaven 17. When a friend lent him a synthesizer, Andreas and his brother set it up in their basement, along with a drum machine and organ, and proceeded to „make a lot of noise.“ He was studying physics at the time but music absorbed more and more of his energy.

In the early 90s he and a friend opened a „freaky punk New Wave“ studio. Suddenly, being a professional musician or recording engineer seemed realistic. About the same time another life-changing experience occurred: Andreas started going to techno parties.

For the first time, he saw his two great loves, music and technology, wedded to create something unique. „It was music without a standard arrangement, music without vocals,“ he explains. „Our New Wave and EBM projects always had a standard intro, bridge, verses, etc. Techno was totally new.“

With typical fervour, Andreas dropped his other projects to concentrate on making a „really cool techno record“. Much to the delight of electronic music fans, he has been doing so, with surpassing brilliance, ever since.

The marriage of Andreas’s deep musical background and peerless technical skills birthed a unique sound that runs like a high-tensile wire through his prolific output as Der Dritte Raum. In the course of a dozen albums and almost thirty records and EPs, Andreas has never lost his fascination with pushing the boundaries of melody and technology.

„Commercial music has a very narrow horizon,“ he says. “ It is important for me to make music that can be played with other tracks without copying other ideas or sounds. It is dangerous to maintain a unique direction but that is the basic idea of making art.“

Currently, Andreas is at work on multiple projects, including polishing a new album for 2020, playing with a live band, remastering old Der Dritte Raum material, and taking his music to the masses with his live performance. As Der Dritte Raum live, Andreas has been pushing the boundaries of electronica since the early ’90s. They bring the studio to life onstage with an array of computers, synths, desks and effects. „The equipment keeps evolving but it’s always about jamming with sounds,“ says Andreas.

However far-flung his gigs, or wide-ranging his ideas, Andreas is grounded by a simple truth: „I love music. Not just electronic music. All music.